The tyranny of the set-top box. 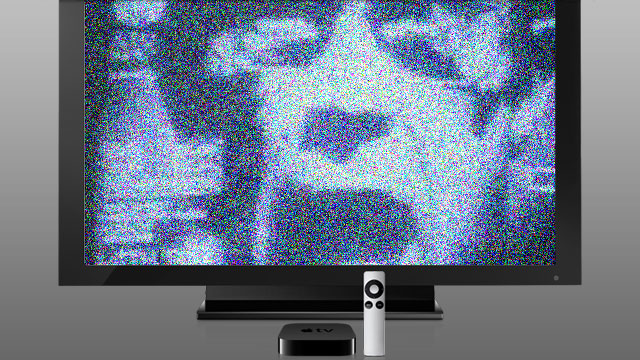 Apple TV has been a persistent loser from a company that usually only tolerates winners. It’s clear that Apple wants to do something “in the living room,” but damned if it can figure out exactly what that is. Yesterday, Apple took another run at this thing, announcing an “all-new” Apple TV.

As with any new electronic gadget, I must be of two minds about the new Apple TV. The first, most difficult question is, will the new Apple TV be a successful product for Apple? The second question is easier: is this a product I want to buy for myself?

For any consumer electronics product, the degree to which those two questions have the same answer is dictated by—for lack of a better term—one’s geekiness. Mine is substantial. I have not wanted any of the Apple TV products (including the one released yesterday), and thus far, none of them have had much success in the market either. But does that mean that an Apple TV designed to my specifications would be a hit? The easy answer is, probably not.

But pondering the prospects of a cheaper, smaller, streaming-only, renting-only, iOS-based Apple TV device in the rumor-filled weeks leading up to its announcement yesterday has changed my mind. In this particular case, I think my desires are actually very well aligned with the mass market—and continue to be at odds with the products Apple has decided to create.

This ain’t no disco

It seems to me that Apple has been trying to recreate the success of the iTunes Music Store with its Apple TV efforts. Success in the digital music market had a familiar set of requirements. The experience had to be easy, the content had to be there, and, of course, the price had to be right. Apple knocked these down one at a time with iTunes, starting out as a Mac-only product, adding a hardware component to ensure a smooth end-to-end experience, and getting content owners on board with a combination of guile (“Hey, it’s only available to Mac users, a tiny percentage of the market. If things get out of hand, at least it’ll be contained, right?”) and trademark Steve Jobs persuasion (“Do you want to sell sugar water for the rest of your life, or do you want to come with me and change the world?”)

That worked for music because Apple was first on the scene. Legal digital music sales that non-geek customers could understand and use successfully didn’t really exist before Apple’s iTunes/iPod combination arrived. Apple had time to grow its music business organically, with very little competent competition. The end result for consumers was simple, comprehensive access to almost all the content they wanted, at prices they found acceptable.

The landscape in the living room is very different. It’s not a green field where Apple can plant its digital seeds and grow them into a beautiful walled garden. It is, to use Steve Jobs’s own word, "balkanized." Even before Apple dipped its toe in the water with the first Apple TV in 2006, the living room was a battlefield scorched by decades of competition between broadcast networks, cable and satellite providers, and a whole raft of consumer electronics makers.

Apple’s failure to recognize this reality has been and continues to be the root cause of Apple TV’s woes. Pulling an iTunes—creating a “flagship” experience that comes to define the entire market—is nearly impossible to do in such a crowded, well-established market, but Apple seems determined to keep banging its head against this wall.

What I want, and what I believe the market needs, is a way to simplify the byzantine world of TV and home video. You can’t do this by pretending that the rat’s nest of cables, contracts, and TV-connected devices in all our lives doesn’t exist. Apple’s job is to tame this mess, not ignore it.

Consider traditional cable TV. For a flat monthly fee, it provides unlimited access to programming on a huge number of channels. Pay a little more per month and progressively more sophisticated content becomes available. And all this is before even considering the on-demand/pay-per-view options.

No one person can watch all TV programming a cable subscription offers, and the mandatory bundling of channel “packages” often grates on consumers (though it pays for a lot of the less mainstream content that geeks love). But the bottom line is that most people have one or two TV shows that they’re not willing to part with. Any living room “solution” that doesn’t offer a way to view that hot serial drama on the night it airs or a favorite soap opera or that obscure cooking reality show your dad is obsessed with will never be a comprehensive solution. Instead, it just adds to the giant mess hanging off the back of the TV: another expense, another device, another remote, another headache.

Cable TV is just the tip of this iceberg. Repeat this situation for all of the other existing sources of video content—satellite, the Web, Netflix, Amazon, home video from camcorders, and yes, even illegal downloads of content that no one is yet willing to sell to you in a timely manner. Consumers are drowning in complexity; we need help!

The solution is a device that is unabashedly omnivorous. Yes, in traditional Apple fashion, it must provide a simple, elegant, user interface. But behind the scenes, it must be willing and able to accept content from as many sources as possible. This is what makes the device valuable and desirable: dealing with and hiding all this complexity!

Is this show on cable? Satellite? Downloaded from the Web? Streamed from Netflix? Is it on my Mac? My iPhone? Does it need to be transcoded? Upscaled or downscaled? These are the things geeks deal with manually right now, and regular people have little chance of figuring out. People will pay for a device that will handle all of this for them. It might take a while, but word would get around about the new device that actually makes your living room less complex, for a change. One box to rule them all.

If it were easy, everyone would be doing it

Apple has the technology and the expertise to create such a device. But as Steve Jobs made clear with his remarks at the D8 conference in June, he doesn’t believe a product like this can compete with subsidized set-top boxes and still make a profit. “All you can do is add a box onto the TV system,” Jobs laments. “You just end up with a table full of remotes, a cluster full of boxes, a bunch of different UIs, and that’s the situation we have today.”

The solution? Jobs continues: “The only way that’s ever going to change is if you can really go back to square one and tear up the set-top box and redesign it from scratch with a consistent UI across all these different functions, and get it to the consumer in a way they’re willing to pay for it.”

He’s close—so close!—to having the right answer. He was, in typical Jobs fashion, obliquely teasing the new $99 Apple TV device that would be released a few months later. Where he went wrong was in entertaining the fantasy that you can ever “go back to square one” or “tear up the set-top box.” That ship has sailed.

Furthermore, no gradual roll-out of content deals is ever going to give Apple TV the sales volume it needs to accelerate the progress of those deals, regardless of the price of the device. Content owners are now too savvy to just give Apple the kind of power it managed to attain with its iTunes music business; they’re dedicated to preserving the “competitive landscape,” ensuring that no one device manufacturer or online service becomes dominant. The end result for consumers is a preservation of the status quo: confusion, complexity, chaos.

The only realistic solution is to make an end-run around the existing players. Instead of trying to establish yet another isolated beachhead, accept and absorb all available content by any means necessary and concentrate on providing a unified interface to all of it… Apple-vended content included, of course. Win the consumers’ hearts and minds first by being the hero they need to save them from the current mess surrounding their TV. Win all those other content deals later, once everyone has your device in their living room. Step three: profit.

This is necessarily a long-term strategy—no iPhone-like sales curves here—but it’s founded on a consumer-focused approach that Apple frequently claims as a core principle. Put aside short-term business and “go-to-market” concerns and focus on the problems people actually face in the living room.

Apple needs to accept the things it cannot change and have the courage to change the things it can. Perhaps consumer reaction to this latest Apple TV device will finally give Steve Jobs the wisdom to tell the difference.