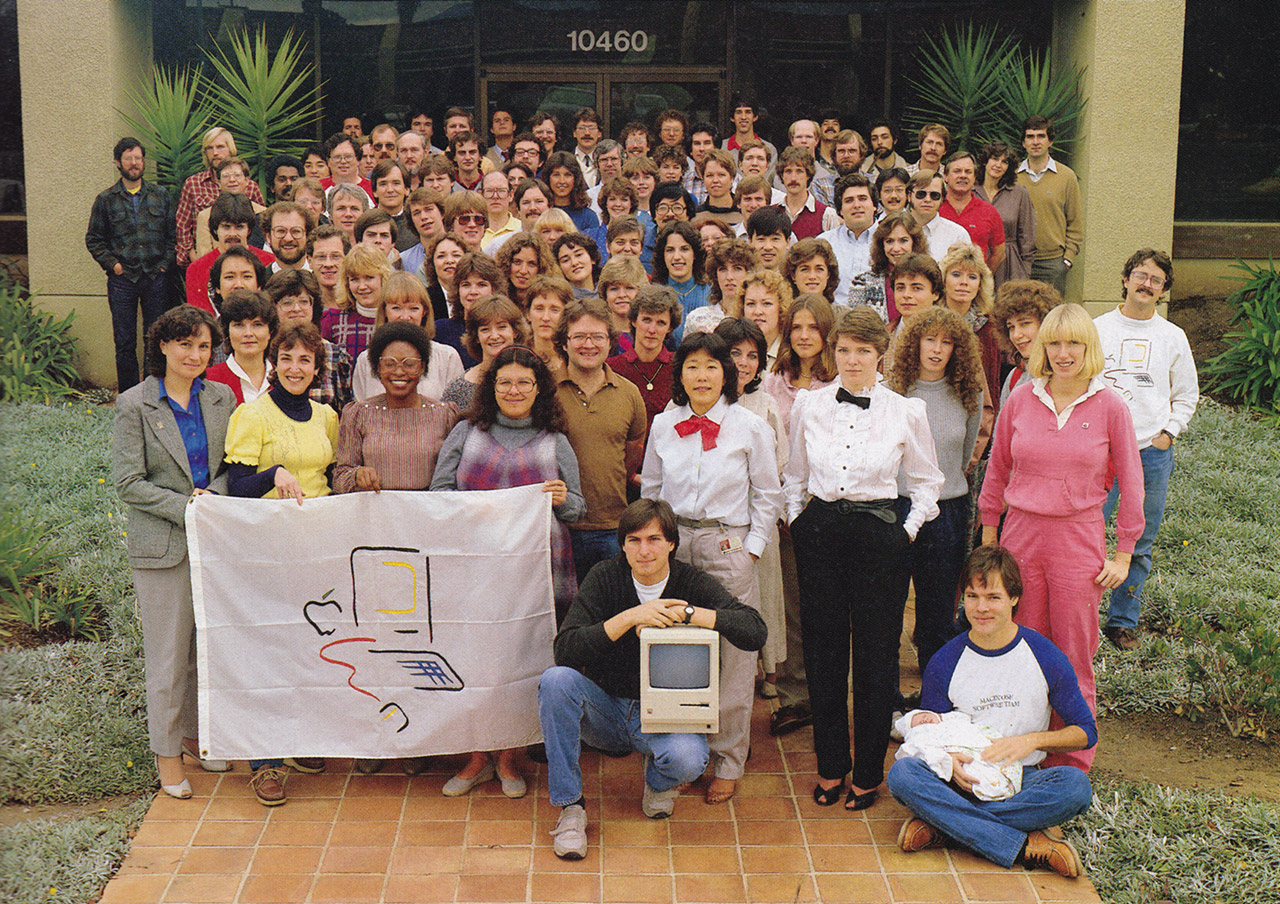 Thirty years ago today, Steve Jobs introduced Macintosh. It was the single most important product announcement of my life. When that upright beige box arrived in my home, it instilled in me an incredible sense of urgency. I greedily consumed every scrap of information about this amazing new machine, from books, magazines, audio cassettes, and any adult whose ear I could bend. This was the future—my future, if I could help it.

The death of Steve Jobs in 2011 brought back a lot of these same memories. What I wrote then echoes my thoughts on the Mac’s 30th anniversary.

I was 9 years old at the time. That year, my grandfather had changed my life by purchasing a Macintosh 128K, and convincing my parents to do the same. My grandfather also had a subscription to Macworld magazine, including multiple copies of issue #1, two of which I took home with me. I cut the Macintosh team picture out of one [see above] and left the other intact. (I still have both.)

I pored over that magazine for years, long after the technical and product information it contained was useless. It was the Macintosh team that fascinated me. That’s why I’d chosen to cut out this particular picture, not a photo of the hardware or software. After seeing the Macintosh and then reading this issue of Macworld, I had an important realization in my young life: people made this.

That last part is the most important. It wasn’t just the product that galvanized me; it was the act of its creation. The Macintosh team, idealized and partially fictionalized as it surely was in my adolescent mind, nevertheless served as my north star, my proof that knowledge and passion could produce great things.

Memories are short in the tech industry. For most people, Apple and Steve Jobs will always be synonymous with the iPhone, an uncontested inflection point in our computing culture. For me, the introduction of the Macintosh will always be more important. Though people who didn’t live through it might not feel it as keenly as I do, the distance between pre-2007 smartphones and the iPhone is much smaller than the distance between MS-DOS and the Mac.

On a personal level, nothing will ever replace my tanned-plastic beauty, the greatest electronic gift I had ever received, or would ever receive. My attachment to the Mac explains why, in the late 1990s, I was desperate to know everything possible about the fate of Apple and the future of the Mac operating system. Almost fifteen years later—half the Mac’s life—I’ve reviewed every major release of OS X and zero releases of iOS. Don’t get me wrong, I love my iPad and iPod touch, but you never forget your first.

I’m eternally grateful to the people who created the Mac, and to the countless others who kept it alive and shepherded its rebirth. In this age of iOS, it’s heartening to hear Phil Schiller say, “Our view is, the Mac keeps going forever.” That’s just fine with me.