The tension between platform ownership and participation. 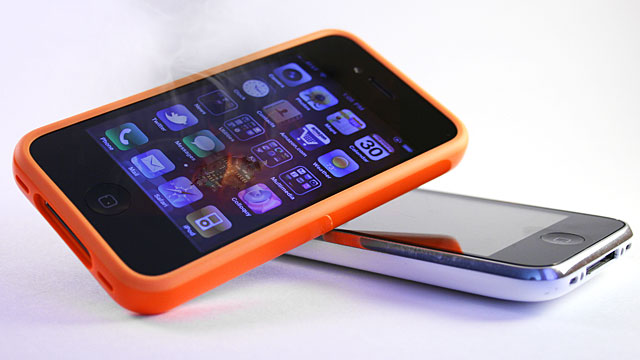 In episode 6 of the now-defunct StackOverflow podcast, former Microsoft employee Joel Spolsky talked about one of the many things that holds back large companies like Microsoft.

Spolsky: But synergy…there are also negative synergies. In the case of Microsoft they call it “strategy tax.” Where, like, the Internet Explorer team is not allowed to fix the DHTML editor because it might compete with Word. So they’re forced to make that continue to be bad.

I’ve been thinking about the concept of a “strategy tax” while watching Apple’s latest round of App Store policy changes. Competition between divisions within a large company has, at various times, been lauded as a best practice. But danger lurks on both sides of the issue. Too much internal competition can lead to a lack of focus, with divisions pulling in all directions at once, causing the company as a whole to stand still. Allowing too little internal competition, as in Spolsky’s Microsoft example, results in the absurd situation where a company handicaps its own products.

On the surface, Microsoft’s situation seems very different from Apple’s. The mighty Microsoft of the late 1990s owned a substantial portion of the desktop application market. Internet Explorer wasn’t just a web browser—it was the web browser. The same went for Word, Excel, and of course that platform it all ran on, Windows itself.

The Apple of today may be running up the financial charts, but aside from the iPod, it has no product line or platform even close to Microsoft’s level of market domination. If, for example, Apple decided to keep some features out of iPhoto to keep it from taking sales away from Aperture, then Google, Adobe, and others would be more than willing willing to pick up those customers.

But it’s telling that I used a Mac application in my example. There is one realm where Apple’s situation is a convincing microcosm of Microsoft’s: the App Store.

No, Apple’s own iOS applications don’t dominate the App Store like Microsoft’s applications dominated the desktop PC market. But while Microsoft may have controlled its own overwhelmingly popular applications, Apple has complete control over all applications that appear on iOS. This gives Apple the power to handicap or even outright eliminate other companies’ applications in favor of its own.

This is not just a theoretical power. Apple has wielded it freely, starting with the rejection of applications that "duplicated existing functionality," (i.e., “competed with Apple’s applications”) back at the dawn of the App Store, and continuing through to today with the potential elimination of any iOS app whose content or subscription business model can’t support another 30% taken off the top of its revenue stream.

There are often plausible altruistic motivations for these decisions. For example, allowing applications that duplicate the functionality of built-in apps (i.e., the phone dialer or SMS app) could cause consumer confusion. But either way, third-party iOS developers seem like the aggrieved party here. So how is this strategy a “tax” on Apple at all?

You do it to yourself, you do

The essence of a “strategy tax” is something that keeps a company from reaching its full potential. Fielding an inferior product to avoid stepping on the toes of another one of your own products is one example. Eliminating or handicapping potentially superior products created by other companies may not seem like it fits the bill, but consider Apple’s position as a whole.

In Apple’s case, I believe its strategy to expand into new markets has upset this balance. Apple rents and sells movies and TV shows, so it’s in competition with Netflix. Apple is in the music business, so it competes with Rhapsody. Apple wanted to be in the ebook business, so now it competes with Amazon. Apple sells an email, file storage, data syncing, and web hosting subscription service, so it competes with Google, Dropbox, Tumblr, and dozens of others. All of these companies have iOS applications and contribute in some way to the success of Apple’s platform.

Despite what I’m sure would be earnest protestations to the contrary, the pressure to succeed in all these markets can’t help but influence Apple’s App Store policies. Apple executives are only human, after all. So if they’re slightly more enthusiastic than is warranted when presenting the consumer advantages of the decisions that hurt third-party developers but also just happen to help one of Apple’s established or nascent business efforts, who can blame them?

This tension between being a platform owner and also trying to build new businesses on that very same platform is another thing that Apple shares with Microsoft. But Microsoft is also a perfect example of how this strategy can seemingly succeed (Windows won the war for the desktop and Microsoft’s applications came to dominate the Windows platform) while blinding a company to the long-term failure scenario (a lack of competition allowed Microsoft’s products to stagnate, and the next round of innovations happened someplace other than the Windows platform).

Apple’s recent App Store changes, however logical and empirically justifiable they may seem, all point strongly to a company that has started to believe that what’s good for Apple is good for America. And indeed, this may be the only way to reconcile the inherent conflict of interest. The alternative is philosophically and practically untenable. Apple can try to be a good platform owner and ensure that popular apps like Kindle and Netflix thrive on iOS, and it can also try to advance its own competing services, but both efforts cannot succeed to their fullest potential.